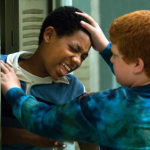 “The Shape of Free Appropriate Public Education to Come: How Courts are Finding that Bullying Denies Students with Disabilities their Right to Education”

If your child has been bullied in school and the District is not appropriately responding, contact an education lawyer at Montgomery Law today. Note that nothing in this post or on this website is intended to be taken as legal advice. Every case is unique.