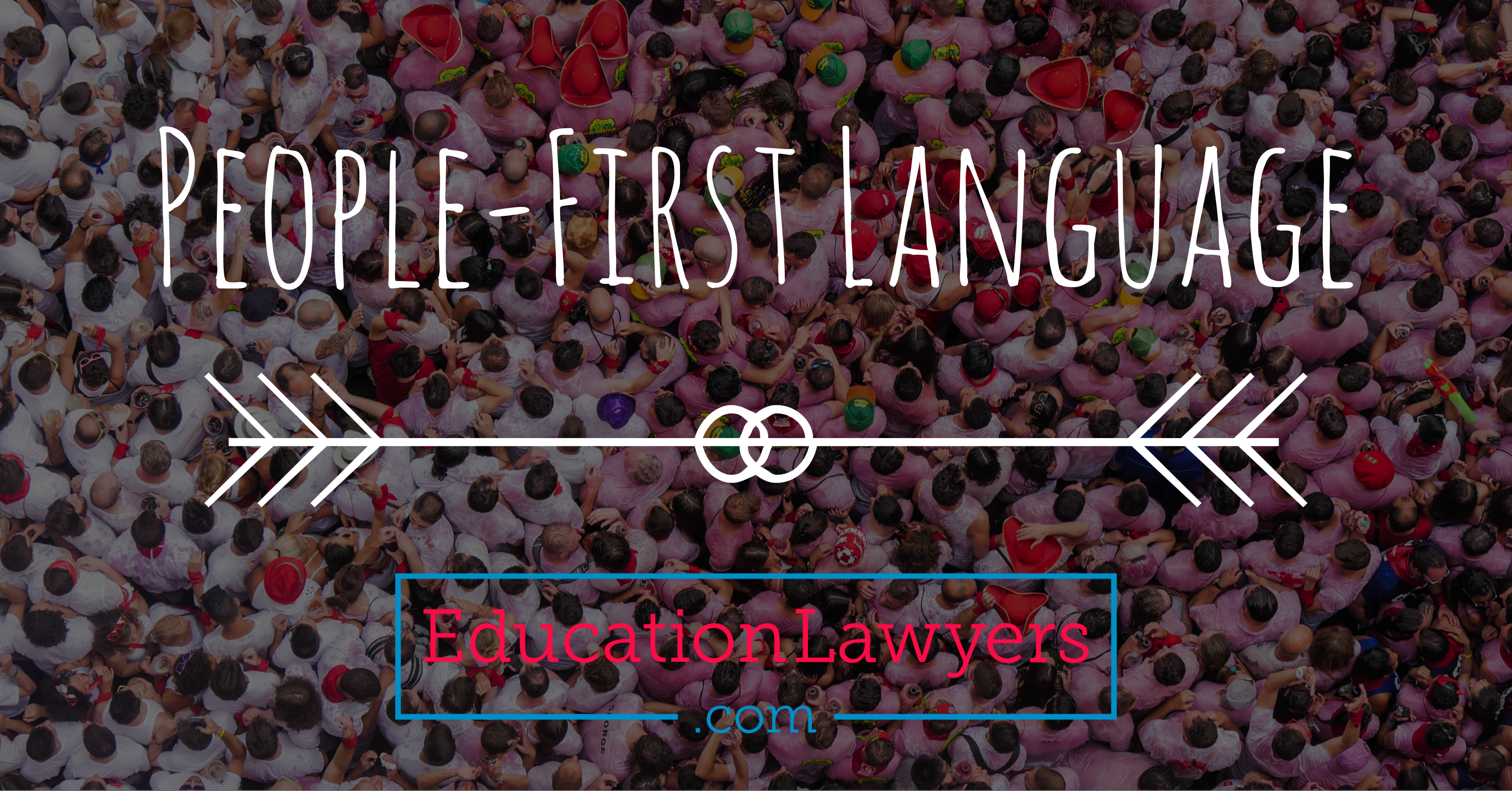 One of the biggest challenges in the lives of people with disabilities is the fact that they are often perceived as being different, and might feel labeled as such by society. People-first language is a particular type of linguistic prescription that was developed in order to avoid dehumanizing people affected by various disabilities, as well as to raise awareness about proper etiquette when dealing with individuals with disabilities.

People-first language is a particular type of linguistic prescription that was developed in order to avoid dehumanizing people affected by various disabilities, as well as to raise awareness about proper etiquette when dealing with individuals with disabilities.

The first paragraph above exemplifies the main concepts of People-First language. In order to highlight individuality and put less emphasis on the actual disability, the concept is to use a positive sentence structure that names the person first and the condition second. In the paragraph above, for instance, the article talks about “individuals with disabilities” and “people with disabilities” instead of saying “disabled people.”

In the most “organic” approach to the syntax of the English language, it is more logical and correct to actually put an adjective before a noun: you would say “The American People” rather than “The People of America,” which might sound dramatic and emphatic in a political speech, but a little goofy in your day-to-day talk.

The people-first language defies this particular syntax principle of the English language in order to focus on the individuality of people affected by disabilities. People-first language isn’t just for those who are disabled. It is often used to address racial/ethnic definitions. For instance, the term “People of Color” is very widespread when denoting a person that isn’t of White/Caucasian descent. This expression originated in the world of politics and social justice, but it became widespread, particularly throughout North America.

Ever since its inception in 1988, the people-first language became widespread in the United States and in virtually all other English-speaking countries in the world, such as Great Britain, (parts of) Canada and Australia, among others. Also dubbed “person-first language”, the reason why such a system has been adopted is to prevent preconceptions from affecting the lives of those affected by issues.

The so-called “Sapir-Whorf” hypothesis is a notion that the way we use language can and will affect the way we perceive the world. If we focus on humanizing people through a linguistic approach such as the “people-first” language, chances are, public perception might be affected for the better.

A people first approach to language has made a difference in the lives of many people, including minorities and other groups throughout the world. Next time you hear someone saying something like “autistic kid” gently correct them and explain why child with autism sounds so much better.