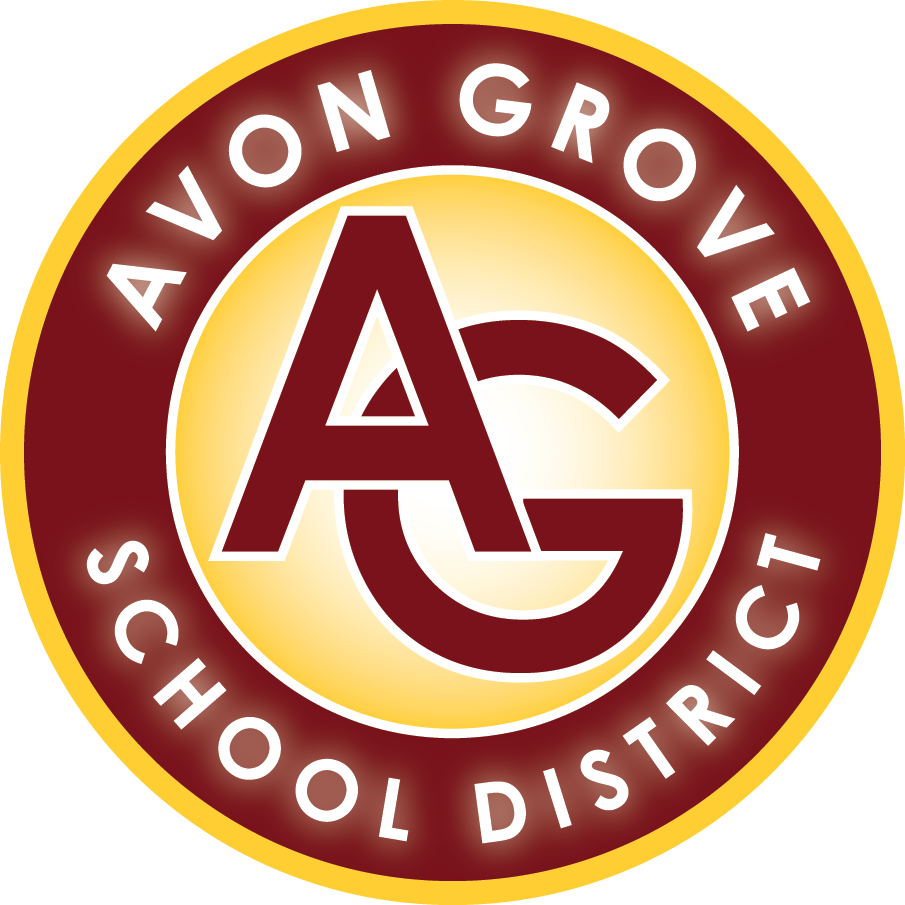 A.H. (Hereinafter, Student) is a late-teen aged student who formerly resided in the Avon Grove School District (Hereinafter, District). (N.T. at 2). It is undisputed that the Student qualifies under the Individuals with Disabilities in Education Improvement Act of 2004. (Id.). What is disputed is the specific identification of Students disabilities and status of the Student himself.

The Claim, filed by Student’s parents in June 2016 allege he was denied a free and appropriate public education (FAPE) during the school years 2012-13 through 2015-16. (Id.). His parents seek placement in a tutoring center to obtain his GED, and seek compensatory education remedy for alleged denial and failure to identify Student with specific learning disabilities and health impairment. (Id.).

The District filed a timely response to the complaint, denying parent’s claims and challenged the timeliness of the Complaint for the 2012-13 and 2013-14 school years. (Id. At 3).

Student began his 9th grade year in 2013-2014 at Avon Grove High School.  It is during this year where his truancy issues began and the District was forced to file a summons. (N.T. at 6). By December 2013, Student was evaluated by the Chester County Intermediate Unit and was identified as a student with emotional disturbance (ED). (Id. at 6). More specifically, it was determined students primary needs revolved around anxiety, stress, and social problems when in a regular education setting. (Id. At 7).

Consistent truancy issues through the 2013-14 school year, seemingly caused by problems in the home, initiated attention from County Department of Child, Youth and Families (County CYF). (N.T. at 7). A revised IEP in September 2014 placed Student for emotional support service in the district. That same month County CYF assumed legal custody of Student and placed him in a treatment center. (Id. at 8). During his time in placement (Sept. 2014-March 2015) the school district was legally not responsible to provide FAPE under PA Code.

Without notice from Student or the court, Student returned to the District in March of 2015. At this time the district did not receive an updated IEP from when student was in placement or any academic information. (N.T. at 9). Because of this, District implemented Student’s last-proposed IEP of September 2014 and placed Student in two periods of emotional support daily. (Id.). As time went on through the Spring of 2015, Student was eventually transitioned back into regular ed. classes, where he showed progress and a “remarkable” improvement in attendance. Students success was so remarkable the hearing officer even referred to it as his, “Golden Month.” However, by May 2015 Student’s success in the classroom deteriorated and his truancy issues returned. (Id. at 11). Causes of his downfall are attributed to an undisclosed physical condition and issues in his family life.

By August of 2015 the Court, through the Juvenile Master’s recommendation, determined the Student return to custody of County CYF and was placed back in a county juvenile center where he would remain until December 2015. (N.T. at 15). Again, it is important to note that during this time in placement, the provision of FAPE under the PA Code was the responsibility of the placement center and not that of the District where student resided.

During his time in placement, at request and expense of Student’s parents, an independent neuropsychoeducational evaluation report (IEE) was requested and performed. (N.T. 13).  This exam found the student suffered more severely from academic/learning disorders than emotional/social/and behavioral disorders as determined by the District. (Id.). This report seems to be the basis of Student’s claim, but was determined by the Hearing Officer as an unreliable evaluation, and is given no weight in support of Student’s argument.

Due to determinations found in the IEE, members from both the District and Youth Center determined a reevaluation of the Student would be appropriate and was agreed to by Student’s parents. (N.T. at 13). Prior to this reevaluation, the District (acting independently from what I found) secured a space in a program at the Chester County Intermediate Unit for Student in preparation for his return to the District. (Id. at 14). Due to a lack of communication with family members, Student returned to the District without a reevaluation in January of 2016. (Id. at 14). Recommendation for Student’s IEP to be administered in the IU program was rejected by his parents, though not in a timely manner. (Id.).  Finally, in late January 2016, the District was able to complete and issue a reevaluation of Student which found he suffered from emotional disturbances and not specified learning disabilities or a health impairment as the IEE determined. (Id. at 15).

The District’s last attempts to work with Student and his family came in January 2016 when it recommended homebound instruction due to his undisclosed medical issue that was apparently keeping him from attending his regular ed. classes in the District. (Id. at 15). Student’s parents were unresponsive to this. An IEP meeting was scheduled for May 2016, with representatives from the IU to attend. Again, parent was unresponsive. (Id.). Facts state that Student did not attend any District offered educational programming during the entire Spring Semester of 2016. (Id.).

A due process Complaint was filed by Student’s parents in June 2016. (Id. at 15). Student confirmed that he no longer resided in the District beginning sometime in early October 2016. (Id. at 16).

Complaint was filed by Student’s parents in June 2016 claiming

First and foremost, the Court determined the time periods for which the District was responsible under PA Code to provide Student with FAPE. Due to Student’s residential placement, the Court found the District responsible for the Student in mid-March 2015 – June 2015, January 2016 – June 2016, and September 2016 – mid-October 2016. (N.T. at 17). (What is not addressed are school years of 2012-13 and 2013-14 when student was under District responsibility).

In regards to mid-March 2015 – June 2015, the Court focused on District’s appropriate implementation of the Student’s IEP. (N.T. at 18). Here, there was a lack of notice of the students return to the district and whether or not a modification to Student’s IEP was completed during his time in placement. Due to this, the District handled the situation how they, and the court found to be, appropriately, by implementing the September 2014 IEP, placing student in emotional support classes, and transitioning him back into regular education classes. (Id.). The court determined Students success during this time was attributed to the District’s actions and seemed to be bolstered by a credible and persuasive witness testimony by Student’s emotional support teacher. The student’s education demise during the Spring of 2015 was attributed to “faltering school attendance,” and an undisclosed physical condition, not lack of action by the District. (Id.).

As to Student’s time in the District from January -June 2016, the court determined the District did not deny student FAPE. Primarily, the Court recognized the pro-active manner in which the District took during this time by being in consistent contact with the Youth Center, IU and County CYF. (N.T. at 19). Second, the District again was recognized for its “prudent” planning in preparation for the return of Student in its securing a space for him in the IU program. The court found the District should not be “faulted for thinking and communicating proactively.”(Id.). Lastly, and maybe most importantly, the Court found the lack of communication from the parent’s weighed greatly against their claim. The court went so far to say the parents simply “unplugged” from the exact process they are claiming the District violated. The District was found, through consistent communication and preparation to be ready to provided FAPE though IEP accommodations for Student.

Lastly, in regards to the short period of September to mid-October 2016, prior to Student moving out of district, the court found evidence weighed on the side of the District. The reasoning behind this determination again stemmed from the substantial fact that student’s truancy was a key issue, not violations of due process by the District.

The second issue the Court addressed was the parent’s Claim the student should have been provided with extending school year services (ESY). Again, the Court focused on Student’s school attendance and credible testimony from the District’s emotional support teacher. Here, when in attendance, the student showed signs of growth and appropriate progression in the classroom. Because of this, the student would not be considered an appropriate candidate for ESY because the only time student showed regression in courses was due to his truancy not inability.

The final, though very important issue, addressed by the Court was that of the actual identification status of the student. As mentioned before, Student’s parents contested that the student suffered from learning disabilities more so than behavioral issues. (Id. at 20).  The court found this assertion lacking in merit due to any substantial evidence to support it. The Parent’s sole evidence in support of this claim is the IEE which the court found to be unpersuasive in the matter. (Id.). Testimony by the school psychologist was deemed to be far more credible when addressing the determination of the Student as emotionally disturbed.

It was found that the District did not deny Student FAPE at any point during his legal tenure in the Avon Grove School District. The parent’s Claims lack merit due to several reasons. One, they are absent any substantial evidence to support their claim. Simply relying on the IEE was clearly not enough evidence to persuade the Court to determine student was originally misidentified as emotionally disturbed rather than suffering from learning disabilities in the September 2014 IEP. Second, Student’s truancy played a large role in the District’s victory in this case. When the student was present during that “Golden Month” he thrived in his classes, both academically and socially. His downfall was caused by his truancy. This only bolstered the Districts case that the student was appropriately identified. When the student is in school and the IEP is followed he succeeds. These facts discredit all arguments made in parent’s Claim.