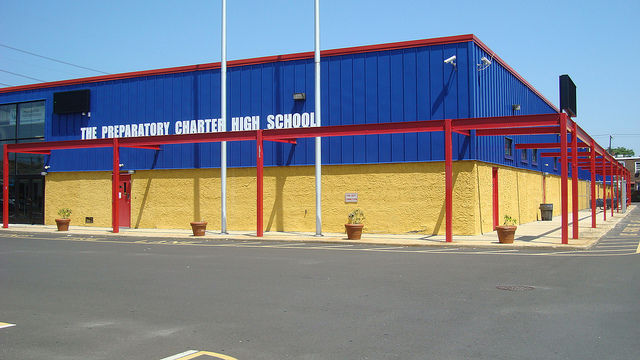 The Preparatory Charter School of Mathematics, Science, Tech, and Careers

B.W. (Hereinafter, Student) is a mid-teenaged student attending The Prepatory Charter School (Hereinafter, School). Prior to attending the School, Student was identified as a protected handicapped student under Section 504 of the Rehabilitation Act. (N.T. December 19, 2016 at 2). Upon his arrival the Charter school accepted Student’s 504, implemented accommodations and reviewed and modified Student’s 504 several times during his tenure at the School.

Student’s Parent filed a Due Process Complaint in August 2016 against the School, asserting that it denied Student FAPE. Parent contends, Student should have been identified under the IDEA as a student with learning issues as well as 504 disabilities, and that the 504 accommodations were insufficient to provide student FAPE. (Id. at 2). Further, Parent maintains by denying Student FAPE, the Student is entitled to compensatory education for the 2014-15, 2015-16 and, 2016-17 school years. (Id.).

The school district maintained the Student was not eligible under the IDEA and, that the 504 program implemented was appropriate, sufficient, and offered a FAPE for Student. (Id. at 2).

The facts of this case span over the course of three school years, with multiple parent requests for, and complaints about, Student’s FAPE.

Student attended a different charter school until the eighth grade. (Id. at 3). During the 2012-13 school year, Student was identified as a disabled student under Section 504 of the Act, suffering from Attention Deficit Disorder (ADD). (Id.). The Section 504 plan was modified by Student’s first charter school in December 2013 and included a substantial amount of accommodations for the Student. (Id.).

Upon his arrival to his current School in 2014-15, Student’s December 2013 504 plan was reviewed and implemented by all teachers. Student’s core subjects included students with IEPs and included a special education teacher or paraprofessional providing educational support. (Id. at 4). Inclusion classes were not available for non-core classes. (Id.). In October 2014, due to Student’s academic struggles, Parent requested Student be evaluated to determine if he suffered from learning disabilities. (Id.). In November 2014, the school psychologist evaluated the Student, although at the time was unaware Student had a 504 Plan. Teacher input noted concerns of Student’s writing ability, completing multi-step problems, understanding directions and other academic issues. (Id.). Further, since Student did not exhibit behavior of concern, school psychologist did not believe a Functional Behavioral Assessment (FBA) was necessary. (Id.). Overall, the ER concluded Student did not have a disability and was not eligible for special education, but decided to develop a 504 Plan with new accommodations for his ADHD. (Id. at 6).

The Summer prior to the 2015-16 school year, Parent made a request for an Independent Education Evaluation (IEE). (Id. at 7). The private neuropsychologist administered a number of assessments for the IEE. Results of these assessments led to specific recommendations for Student’s education programming, such as written presentations of materials to support auditory information, extra time for reading tasks and continuation of 504 accommodations. (Id. at 8).

Student’s academic struggles continued into the 2015-16 school year. Teachers quickly reported Student was missing assignments and having overall difficulty resulting in poor grades. (Id. at 9). In November 2015, Parent again requested an IEP be written for the Student. (Id. at 9). The school issued a NOREP declining to make any changes to Student’s regular education program, citing the IEE and its recommendations Student only required a 504 Plan. (Id.). In response to this, the private neuropsychologist issued two Addendums to the IEE, clarifying that a majority of his recommendations went beyond the accommodations in the existing 504 Plan and an IEP should be considered. (Id.). In response, the School revised Student’s 504 plan, adding new accommodations to address academic issues. (Id.). Parent approved the revised plan, but expressed the need for special education. (Id. at 10). At the end of the 2015-16 school year, Student failed foreign language and achieved passing grades in all other classes. (Id.). Student again was required to attend one summer school class in 2016 at Parent’s cost. (Id.).

Student’s 504 Plan was revised once again at the start of the 2016-17 school year, adding accommodations for test taking and counseling. (Id. at 11). The Parent approved the revision, but noted her continued belief Student required an IEP. (Id.).

First, the School’s initial evaluation of the Student in fall of 2014 was flawed by failing to examine all areas of suspected disability. (Dd. at 16). The examination was flawed from the start since the school psychologist conducted Student’s examination with no knowledge he already had a 504 Plan and did not review the PTE. Further, school psychologist had notice of consistent teacher comments about Student’s lack of focus and academic troubles but did not evaluate Student in areas of such suspected disability. (Id. at 17). Though the ER reflected consideration of a specific learning disability, it did not include the analysis or studies required to make a determination if Student suffered from such disability. Therefore, the ER was unable to provide the special ed. team the necessary information needed to determine whether or not Student was in need of a special education plan. (Id).  The ER was simply the root of an ongoing problem.

Despite the flawed ER, it was determined by the Court that the School had significant evidence that the Student was in need of further specialized education in addition to his 504 Plan. The Court found that Student need for special education was identifiable as early as Fall 2014. (Id. at 17). Additionally, the accommodations in the 504 Plan of fall 2016 addressed adaptions to the content and delivery of instruction to the Student. (Id.). These accommodations alone indicate that the School was aware of the Student’s need for specially designed instruction, yet failed to appropriately identify him by designing and implementing an IEP.

The School’s counter argument to this claim was that is relied on the original IEE report, which did not specifically recommend Student for an IEP. (Id. at 18). The court found this argument to be flawed. Although the original IEE did not specifically state the Student be identified under IDEA for an IEP, the information provided within the IEE was sufficient for the school to come to that appropriate conclusion on its own, as required by child find. (Id.).

The aforementioned determinations by the Court led to the clear conclusion that the Student did not receive FAPE during his time at the School, regardless of the 504 Plans. The School’s first misstep in providing FAPE came from its decision to abandon the majority of accommodations provided in Student’s initial 504 Plan. (Id. at 18). While the original 504 addressed Student’s attention deficits by requiring him to receive typed notes, study aids and organization assistance, subsequent 504 Accomodations developed by the School “largely ignored Student’s attentioinal defeicits.” (Id. at 3, 17). Within the first semester of Student’s tenure, the School was given notice through teacher report’s that Student was struggling academically in classes. (Id. at 19). This evidence was further supported by Student’s failing grades and overall wasted 2014-15 school year. These failing grades would normally require Student to attend mandatory tutoring in accordance with school policy, however such tutoring never took place. (Id.). It was not until the fall of 2016, and recommendation of an private neuropsychologist, that the Student’s areas of focus and attention were recognized and addressed by new accommodations. (Id.).

The School again defends its actions through flawed arguments that were found implausible and given little weight by the Court, that the Student’s failure in School was not due to improper support but rather the Student’s lack of effort and recreational drug use. The evidence presented before the court outweighs this theory. With such a history of academic struggle, request by Student’s Parent, and lack of action taken by the school, it is clear by preponderance of the evidence that this is not simply an issue of student immaturity or effort.

The Hearing Officer concluded that Compensatory education would be an equitable remedy for Student’s denial of FAPE. For the 2014-15 school year, Student was widely unsuccessful in his classes and was required to repeat his freshman year and attend summer school. The Hearing Officer found Student was entitled to the equivalent of one school year of compensatory education (990 hours). (Id. at 21). In 2015-16 Student was more successful in his classes, though still not fully supported as he should have been under IDEA. Therefore, Student was awarded an equitable award for full school days for up until the increased support under a revised 504 Plan as recommended by the IEE (495 hours). (Id.). Further, the Court recognized that for the Student to succeed in his current classes he would need knowledge acquired from prior courses in which he was not supported by an IEP. Because of this, Student was awarded ten hours of tutoring services in each subject area where Student had a grade of 75% or lower at the end of the first semester of the 2016-17 marking period. (Id.).

In regards to reimbursement by the School for costs incurred by Parent during Student’s tenure, reimbursement was ordered. (Id. at 22). Student was not provided with appropriate tutoring under school policy, or given testing accommodations in accordance with revised 504 Plan in foreign language class. Therefore, it is the School, not the Parent that should be responsible for payment of summer school.

Parent cannot be reimbursed by the School for costs of the private neuropsychologist as an expert witness. This decision comes with its foundation in IDEA in that the hearing officer does not have the authority to order such a remedy. Such authority is only granted to district judges under IDEA, therefore hearing officers are barred to order such reimbursement.